Peter Stanley is a professor at the University of New South Wales Canberra and has worked in some of Australia’s major public history institutions as well as in academia. Here he shares with us his over three decades of experience, discussing the collegiality of working as a public historian and the necessary isolation of being an academic. He reminds us that mentors must encourage and impart confidence in mentees, that good writing should be vigorous, and that historians have a responsibility to become involved in public debate. 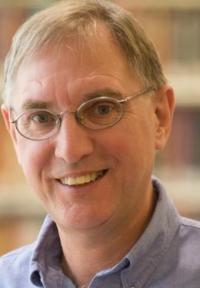 Peter Stanley is a Professor at the University of New South Wales. He spent 33 years as a ‘public historian’ working with the Australian War Memorial (where he was Principal Historian) and at the National Museum of Australia (inaugural head of its Research Centre) before commencing at UNSW Canberra in 2013 as Research Professor. As a public historian Peter worked across the range of responsibilities of museums; in exhibitions, publications, public programs and education as well as in research. He has published 30 books, mainly in the field of Australian military-social history, though he has also published in British imperial military history (White Mutiny), battlefield research (A Stout Pair of Boots) medical history (For Fear of Pain) and bushfires (Black Saturday at Steels Creek). His 2010 book Bad Characters: Sex, Crime, Murder, Mutiny and the Australian Imperial Force was jointly awarded the 2011 Prime Minister’s Prize for Australian History. He writes historical fiction as a hobby, with Simpson’s Donkey (a novel for children) appearing in 2011 and The Cunning Man, set in the 1845 Anglo-Sikh war in 2014.

1. Was there a moment when you discovered your love of history?

As a boy I belonged to what Craig Wilcox calls the Airfix generation: I grew up in the 1960s and ‘70s making models of Spitfires and painting plastic figures of Napoleonic lancers. Playing war games made me curious about the reality of war, and as I matured I found that the interest in the reality prevailed. I wrote my first ‘book’ (a dozen pages flagrantly plagiarised from Robert E. Alter’s Heroes in Blue and Gray) when I was 11.

2. Why/how did you become an historian?

By accident almost. I’d dabbled with ‘research’ as a teenager (my first published article, at 15, was on War gaming the Incas), but while prac. teaching during a Grad Dip Ed in 1978 I sought refuge from the insubordinate Year 10s of Campbell High School by researching – ironically – the 1859 mutiny in the Bengal Army. A decade later – after I had joined the Australian War Memorial just as it got serious about history – that became the subject of my ANU PhD, which I did mostly part-time. Working at the Memorial, a museum, archive and facilitator of research, gave me the most stimulating and enriching apprenticeship both in the subject of history but also in its practitioners. I was fortunate to be given – or perhaps to seize – the chance to write. I’m not sure that the same freedom is open to my successors.

3. Most of your work has been about war. What is it about war that particularly interests you?

It’s a commonplace that war brings out a great range of emotions, the best and the worst in people. If you’re interested in human reactions and relationships, war is a gift. I’m especially interested in understanding experiences that I couldn’t possibly have in my life, usually ‘extreme’ ones – combat, of course, but also risky political protest, surgery without anaesthesia; bushfire. Their very extremity exposes humanity, and that’s what I’m interested in exploring.

4. How have your intellectual interests changed since you began your career?

My understanding of humanity has deepened: sadly, nothing in human behaviour now surprises me. I’ve been fortunate that my interests have always been refreshed: I’m something of a gadfly. At the Memorial I worked on almost every aspect of Australian military history (up to 1945). At the Museum I was introduced to other areas of Australian history (notably environmental history). At UNSW I’ve been able to explore aspects of British India. Running through all of it has been a concern for social history (but not theory: I’m best seen as an empirical humanist).

5. Is there a theme or a burning question that inspires your historical research?

Yes indeed: I ask questions like how can people do this? And how can they bring themselves to stand it? What does it do to them? What do they do to each other? Those questions can be applied to practically all my books over the years. If there’s one theme that dominates it’s the idea of the relationships between military organisations and the societies that sustain them; the idea of military social history.

6. You have worked in a variety of public institutions, mostly outside the university setting. What are some of the differences between working as an historian at the Australian War Memorial, the National Museum and UNSW Canberra?

Working in cultural institutions is certainly more collegial – producing exhibitions demands real team work. Universities are rather more isolating – though paradoxically that’s not unwelcome: I am happy to confer and exchange ideas, but I find the current mania for collaboration uncongenial. History, I think comes out of an individual sensibility – the drive for collaboration is a management technique, not a fruitful methodology. Museum work also forces you to consider diverse sources, the need to communicate clearly, to write economically and to find ways of explaining the unfamiliar. At UNSW Canberra I’m a ‘Research Professor’, with a brief to write and publish in many different ways and forms, so while I work in an academic mould, it’s essentially a continuation of the role of a public historian. I relish the freedom that academic life affords, to say more-or-less what I like: it’s a rare privilege, and one I exercise as much as I can.

7. What is your favourite thing about being an historian?

The thing I find most satisfying is creating something (a book, an article, an idea, an argument, or the evocation of an otherwise hidden experience) that didn’t exist until you did something, something essentially creative. Oh, and military historians get to go to interesting (though not always pleasant) places.

Administration and specifically anything to do with money. Honestly, I’d be happy getting it in a paper bag. No, actually that’s not what I dislike the most. I loathe the way even writers are increasingly using poor, sloppy, casual, slangy, American English even in print, and in speech. “There’s an issue around that right now going forward” is actually not that much of a parody. Good writing is vigorous, but too often even people trained to write are infected. Is this a grumpy old man’s pedantry? I hope not.

9. Do you have any intellectual heroes? Which historians have had the greatest influence on the way you research and write?

10. Have you had mentors over the course of your career? How important are they?

We all need a leg-up, and it’s vital, especially early on. I’ve had tremendous support when I needed it from a string of colleagues, such as Michael McKernan, Tom Griffiths, Mike Smith, Ken Inglis, Tom Frame, Jeff Grey (again, in military history they tend to be men). I learned from them to pass it on, and I have a particular mission to support younger colleagues, through, for example, the Cambridge University Press Army History Series I edit. One of my proudest achievements is to have instigated the War Memorial’s Summer Vacation Scholarship Scheme, now in its 23rd year. Mentoring doesn’t mean ‘finding jobs for mates and protégés’ – it should mean encouraging, advising, criticising, and most of all imparting confidence.

11. You are a prominent public commentator on matters of history and commemoration. Do you see this public role as one of the duties of an historian? Are academic historians too reluctant to engage in public debate?

Absolutely to both questions. I think we have an obligation to get involved in public discussions and debates, and not just hang back and sneer that people don’t understand. I’ve found that engaging in debates (over, say, the question of whether ‘the Japanese’ wanted or planned to invade Australia in 1942) forces you to clarify what you mean, to justify rather than simply assert, to explain what evidence you base your arguments on. Having been supported from the taxpayers for most of my career, I think we have a duty to give back to our community. That’s one reason why I became active in Honest History, the Presidency I’ve just relinquished.

12. You are noticeably prolific as an historian. How do you manage to write so quickly, compared to other historians?

Possibly by being astonishingly sloppy and winging it more than is justified. But also, I find that I write in energetic bursts, and that momentum carries me along. As a working class kid, I learned to write with the telly on, and can pick up where I left off without too much faffing. But I believe in getting it down and then revising brutally.

13. You are also a playwright and a novelist. What inspires you to write fiction, and how does the process differ from your historical work?

We can’t help imagining the people whose lives and experiences we write about. Often their lives are not fully apparent from the records – the lives of British soldiers in nineteenth century India, for example, are tantalisingly poorly documented. It seemed a natural response to extend that imagining from what we know. Simpson’s Donkey (a novel for children) told the familiar story from the (Turkish) donkey’s perspective, because I wanted to remind readers (increasingly exposed to Anzackery in schools) that there’s more to Gallipoli and the Great War than Anzac. The process of writing is not that different, and is also informed by engagement with the sources. But now that I’ve written fiction about India in the 1840s, I’m sometimes not sure what is real and what’s invented. (For example, I reasoned that soldiers probably left their estates to each other – so called that a ‘turn-and turn-about’. It makes sense, but I just made it up … Who’ll trust me ever again?)

14. What advice can you give to history ECRs about their careers?

Having accepted a UNSW Canberra contract after decades of a secure public service salary, I’m now sensitised to the inescapable insecurity of many careers in history – and it is surely now harder than ever before to make a career in history. I am concerned that the limited number of openings in academic history will impoverish the profession (figuratively and literally for individuals). While opportunities in institutions and (to an extent) the private sector have opened in the past couple of decades, they won’t meet the need, and potentially good historians will not get jobs. As with other aspects of life, baby boomers have had the best of it, and subsequent generations will suffer. I truly don’t know what advice to offer. Of course the best should always gain something – but how? There must be solutions to this approaching crisis, but what are they?