I think I might be a failed historian. Asked by the editors to nominate a history book that changed my life I draw a blank. I know I should cite Foucault’s The History of Sexuality: An Introduction but this would simply be an intellectual conceit. Sure, this slim volume sits in my office on prominent display but it is not an object of affection, more a warning to students. Closer to the mark would be some of the grand narrative histories of the 20th century I have devoured: Tony Judt’s Post War; Eric Hobsbawn’s Age of Extremes; Mark Mazower’s Dark Continent. (All white male authors and British I now register uneasily.) However, I would not say these books have greatly influenced the way I write or think about history. I envy the authors capacity to write crisply about huge swathes of history but I have no desire to try to emulate them. In truth, I do not think I could.  I love reading these sweeping, tragic-hopeful master pieces but forced to nominate a piece of writing that has rattled in my brain for 20 years I turn to yet another white, British male: the psychoanalyst D. W. Winnicott.

Winnicott’s short paper ‘Fear of a Breakdown’ was published in the International Review of Psychoanalysis in 1974 three years after his death, but was probably compiled during the 1960s from various lectures and notes. I read it during the 1990s when I was writing my PhD and undertaking an elongated and intensive personal therapy (“the long 1990s” I call this phase of my life with a nod to Hobsbawn). In this paper, Winnicott states simply of the patient in therapy who fears breaking down: ‘I contend that the clinical fear of a breakdown is the fear of a breakdown that has already been experienced.’ He elaborates: ‘It must be asked here: why does the patient go on being worried by this that belongs in the past? The answer must be that the original experience of primitive agony cannot get into the past tense unless the ego can first gather it into omnipotent control now assuming the auxiliary ego-supporting function of the mother [analyst]).’

Winnicott has been immensely influential on the broad school of relational psychoanalysis that has coalesced since the 1980s. In the language of contemporary psychoanalysis, we might say that Winnicott was detailing, in his idiosyncratic and prescient fashion, the adult effects of early relational trauma. The American relational analyst Donald Stern calls a similar psychic phenomenon ‘unformulated experience’. In terms of personal history, Winnicott’s insight resonated with me. I felt it in my bones, to use a favourite Winnicott phrase. I doubt in any conscious way it influenced how I thought about writing history but now that I re-read the paper, I can see it chimes with my intellectual interest in how the past inhabits the present. If I really wanted to dabble in omnipotence, I might even substitute historian for mother/analyst.

More prosaically, over the years I have had occasion to return to this paper to remind myself that personally and professionally, the worst has probably already happened. 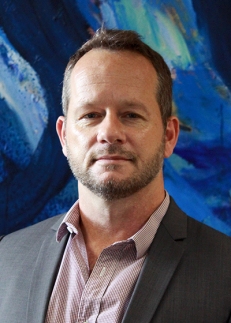 Robert Reynolds is an Associate Professor at Macquarie Universality. He specializes in post-ww2 Australian History with a particular emphasis upon identity politics and sexuality. He undertook his PhD at The University of Melbourne, studying under two of Australia’s leading gender historians, Professor Patricia Grimshaw and Professor Joy Damousi. Reynolds took up a post-doctoral fellowship in 1999 at Sydney University and a five year Australian Research Council Fellowship at the University of New South Wales in 2004. In recent years he has moved into oral history, deploying this method to understand how individuals are shaped by history – as well as shaping it. The historical construction of the self fascinates him, and he has taken this interest into his other (part-time) life as a psychotherapist. Reynolds has written on psychoanalytic theory, but he comes at this more as a practitioner than an academic.