In the lead up to the AHA’s annual conference and as our term as ECR representatives comes to a close, we thought we’d revisit some of our most popular and insightful posts from the past two years. In this post, Clare Wright shares how she discovered her passion for history and what continues to inspire her work. She tells ECRs to find their own voice, to believe in the value of their work, and to not be shy in telling the world about their research!

Clare Wright, Associate Professor, Principal Research Fellow and ARC Future Fellow La Trobe University, is one of Australia’s best known historians. Her book The Forgotten Rebels of Eureka won the Stella Prize and NIB Waverly Prize in 2014. She has created and co-written two historical television documentaries, Utopia Girls and The War that Changed Us. Clare is currently working on a television adaption of Forgotten Rebels, as well as an alternative history of mining in Australia. Her latest book about the Australian suffrage movement, You Daughters of Freedom, will be published in October. Clare is also working on the second series of her history program, Shooting the Past, which can be heard on Radio National. 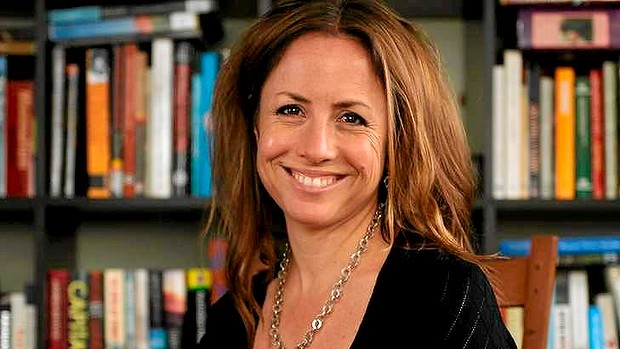 1. Tell us a bit about your background.

I was born in the USA to American parents. I moved to Canada when I was three, then emigrated to Australia with my mother when I was five. I grew up in Melbourne, went to MacRobertson Girls’ High, did a BA (Hons) in History at the University of Melbourne, my MA in Public History at Monash, my PhD at the Australian Centre at Melbourne, and my ARC post-doc at La Trobe.

2. Was there a moment when you discovered your love of history?

Yes! In Year 12 I did 2 History subjects: Australian and European (Renaissance and Reformation). The major school assessed component for Australian History was a research essay, with a topic of our own choosing. I researched how the Yarra River went from being a ‘babbling brook’ to a ‘fetid cesspool’ within the first generation of European settlement. I spent two solid weeks buried in the bowels of the State Library of Victoria, completely obsessed with the primary documents, utterly in thrall to the archive. I knew there and then that I’d found my own true love, though I had no idea whether I could make a living from it. I dutifully enrolled in a Law degree when I finished high school!

3. Why did you become an academic historian?

I soon discovered that Law was not for me. I had the head for it (I enjoyed the structure and the intellectual rigour) but not the stomach. I was doing a combined Arts degree, so I dropped out of Law after first year and poured all of my energy into my History and Literature subjects. When I graduated, I was thrilled to learn that Monash had just started an MA in Public History; it’s promise of a hands-on, skills-based training appealed to me. I had told myself I would never go into academia because my father and my step-father were both academics (in Art History and in Sociology). Universities felt like the family business. But I liked the notion of pursuing history-making it in a wide variety of contexts and for different audiences. I was taught by Tom Griffiths, Graeme Davison and Chris McConville – a dream team if ever there was one! After that I travelled and worked for a few years, got married to the man I’d fallen in love with in first year at uni. Eventually I applied to do a PhD, not so much because I wanted to return to academia, but because I saw the scholarship as a way of financing the book that I wanted to write (which was an extension of my History Honours thesis, and eventually became my first book, Beyond the Ladies Lounge). I’d also been diagnosed as infertile and told that my husband and I wouldn’t have a family. So I wanted a big project to get stuck into to distract me from my grief. I got pregnant three months into my PhD, and again 15 months after my first baby was born. So then I had a family to feed. After I eventually finished my PhD, I applied for a postdoc (and promptly got pregnant with my third child!). Again, I wanted to write a book and I also needed an income, and one that I could earn with some flexibility and independence. So in many respects I have never planned to be an academic historian, but academia has paid for my ability to practice as an historian. I am also a member of the Professional Historians Association, and I see that affiliation as being as important as my affiliation with La Trobe University.

4. Is there a theme or a burning question that inspires your historical research?

It would be easy (and correct) to say that gender relations have been at the heart of my research interests, but it’s probably more accurate to say that power relations are what really interest me. That, and national identity. Perhaps this is because I am a first generation immigrant, so issues of identity and belonging – who are we, where do we come from, who is ‘we’, who counts, who is on the margins of the discourse, who is out of the frame, how did they get there, who is keeping them there, will they ever be in the centre, do they want to be? – these questions work on an intellectual and a psychic level for me.

5. How has academic history changed since you began your career?

The industrial elements of academic history have changed profoundly. A PhD is a tick the box to an academic job; barely even a qualification. Candidates for academic jobs are stupendously talented, hard-working, dedicated individuals, all vying for the very few positions available. Academic historians who also teach are under enormous stress to be administrators, fund-raisers, marketers and managers as well as productive researchers. I’m fortunate to be research-only, and to work for an institution that encourages and supports all the many strands of my practice as an historian and a ‘public intellectual’ or ‘engaged scholar’ or ‘social commentator’ or whatever label is applied to someone who attempts to speak to broad popular audiences.

6. What is your opinion about the relationship between academic historians and the wider community? Do we have a duty to communicate to a wider audience?

I guess this is my reason to get up in the morning. I really love this part of my job: communicating the results of my research through a variety of media and to many different audiences. I have discovered that I am quite performative (I was a very shy child) and I really enjoy the social and collaborative aspects of public ‘outreach’. I like working as part of a team. But I don’t think that ALL academic historians (or academics generally) need to be able engage wide audiences. I honestly think there is room for specialisation: some academics excel in doing the hard yards of theoretical innovation and engagement with ‘discourse’. Public speaking or journalistic writing or media appearances are just not their thing. Others excel at being ‘explainers’. I don’t like the value judgements implicit in creating hierarchies between pure and applied history. Some people infer that if you do a lot of radio interviews about your best-selling book you are a lightweight and a show off. Others assume that if you exclusively publish in international A-ranked journals you are an outmoded egghead with bad social skills. Let’s just accept that there are different strokes for different folks. (But it WOULD be nice if the ERA recognised that ‘creative outputs’ take as much time and effort as scholarly writing. 🙂)

7. What is your favourite thing about being an academic historian?

9. Do you have any intellectual heroes? Which historians have had the greatest influence on the way you research and write?

10. Have you had mentors over the course of your career? How important are they?
I’ve never gone up to someone and said ‘can you please be my mentor?’ but I have had people who have been very important at critical times in my career. Tom Griffiths showed me that being a decent human being is more important than being a brilliant human being (he, of course, is both!) Michael Cathcart taught me to ‘fall with style’, a la Buzz Lightyear. Adrian Jones gave me permission to go public. Judy Brett invited me to come to La Trobe to do my postdoc. Katie Holmes and Richard Broome helped shape my Future Fellowship application into a winner. Anna Clark has been, and continues to be, a confidante and sounding board as well as a friend. Mentoring sounds so formal. I prefer to think we pay if forward with every kind word, close reading, congratulatory email, brave question and shoulder to cry on we offer our students and colleagues.

11. What advice can you give to history ECRs about their careers?

Be bold. Take risks. Diversify your skill base. Find your voice – at the podium and on paper. Be your own woman or man, not somebody else’s protégé. Learn how to write a press release. Send them out without compunction. Work hard. Believe in the value of your work. Make history!